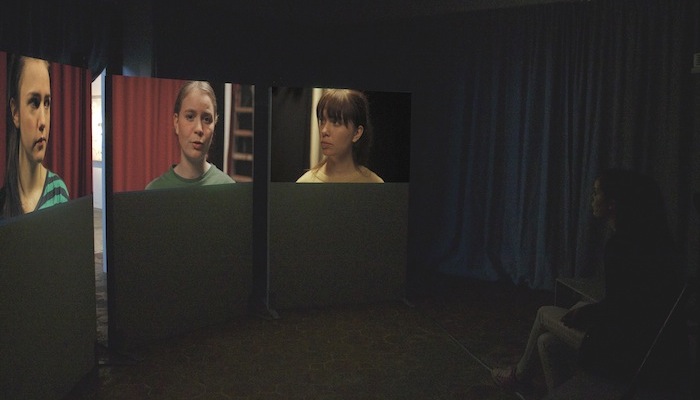 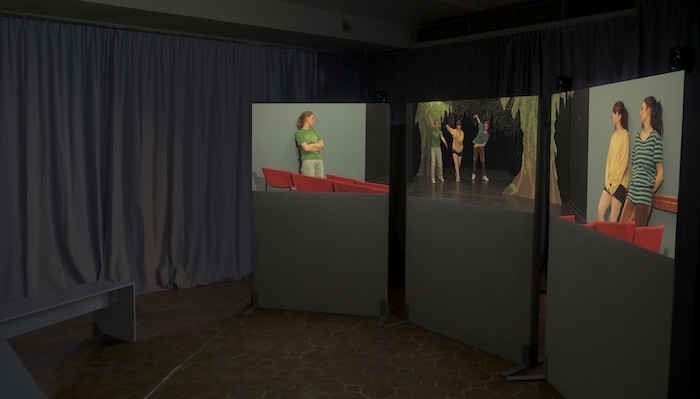 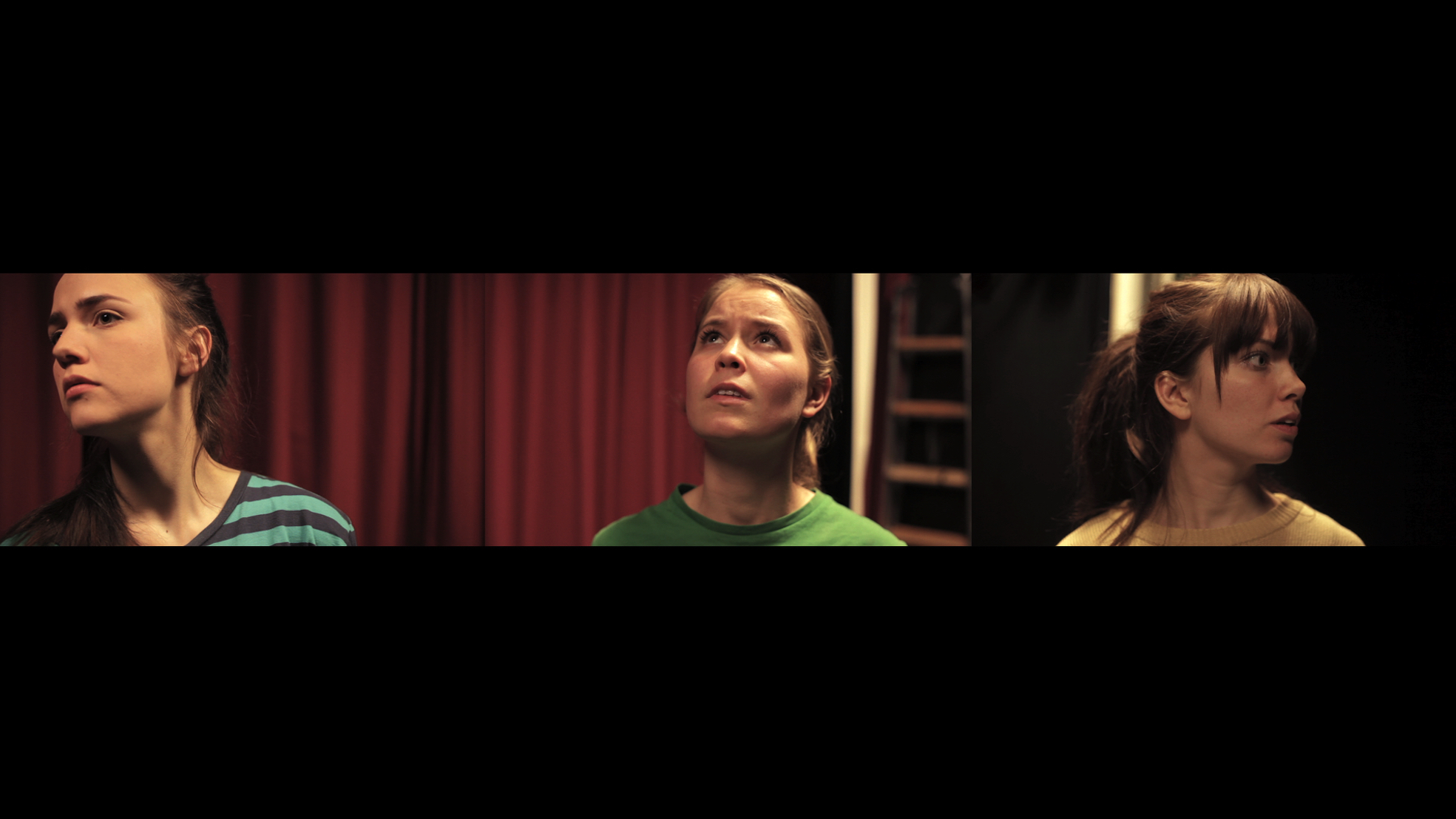 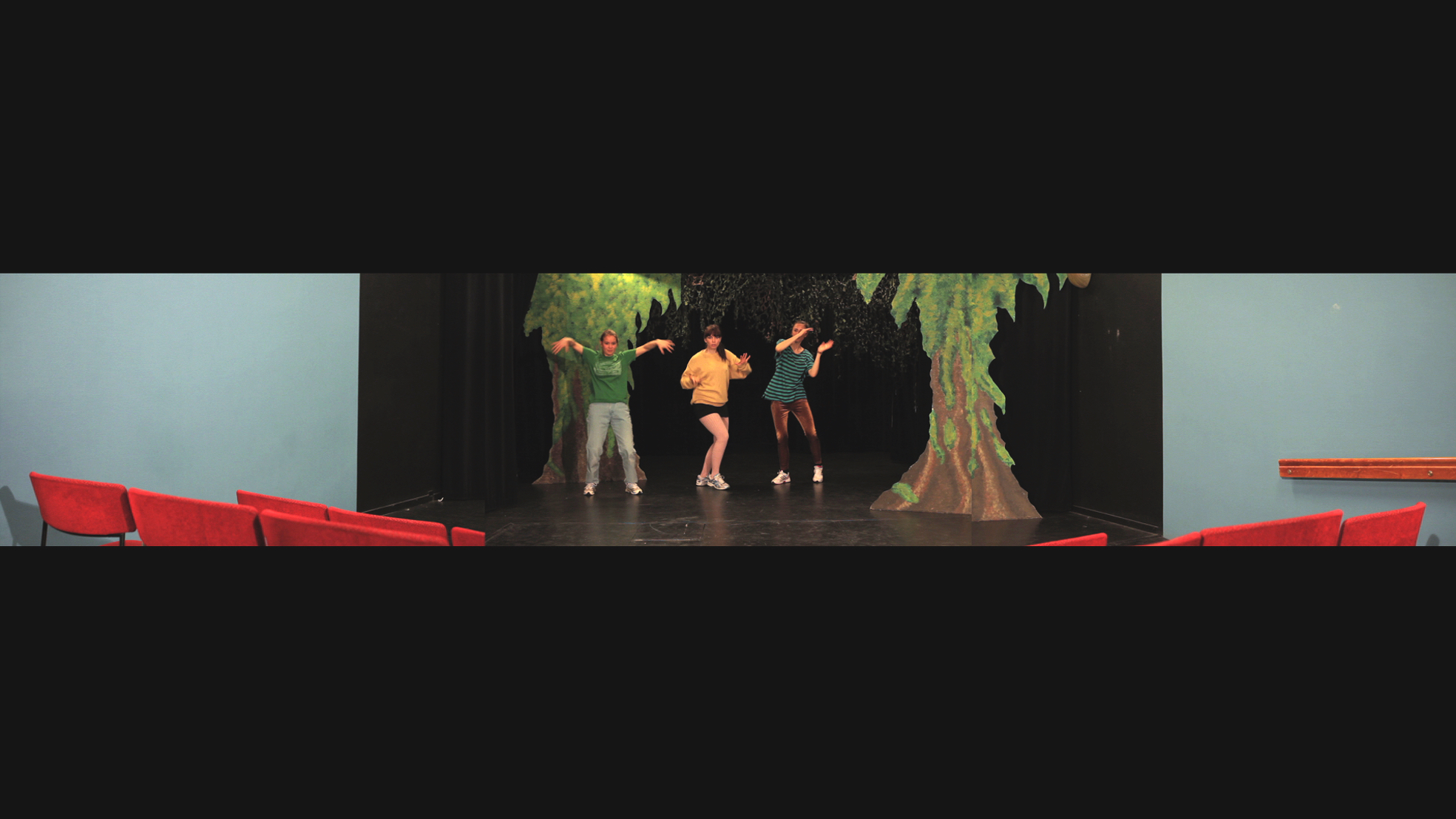 
Documentation from the Bachelor degree show, Royal Institute of Art, 2012

Three women are dancing at small theatre stage. Their eyes are directed at something just below the camera. In seven short scenes filmed with three cameras they play around the look at themselves through the camera and in the eyes of the other.